Do you consume alcohol regularly and have now been diagnosed with diabetes? You may be cursing yourself for taking up a bad habit but the truth is that many people who abstain from alcohol also get the disease. As per general health care advice, it is best to avoid alcohol as alcohol can impair the functioning of the liver and pancreas. However, surprisingly some properties of alcohol seem to favor diabetics. For example, alcohol can reduce blood sugar levels which diabetics always try to do with several diets and medications. One study even showed that low to moderate consumption of alcohol by diabetics can actually reduce the risk of cardiovascular disease and mortality. People fond of beer also argue that the fortified varieties are rich in essential amino acids and vitamins, good for appetite and skin.

Can You Consume Beer If You Have Diabetes?

Alcohol consumption cannot be directly linked to acquiring diabetes disease. Too much alcohol intake can impair mental processes and cause heart diseases, high blood pressure, digestive malfunctions, and several types of cancers. Yet it can be argued that all foods have their recommended intake limit beyond which they can harm. The recommended limit varies as per food type. For example, consumption of excessive sugary foods and fats and oils beyond their recommended limits can equally harm the body. So if you must take alcohol to get the kick from life then you need to balance on other foods. It is also important not to fall into a sedentary lifestyle and give up exercises. 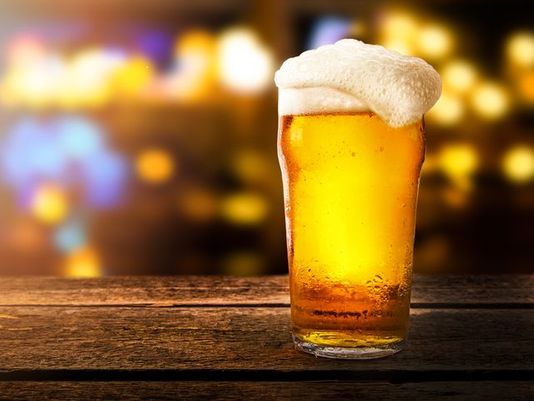 Diabetes was mainly classified under two categories the type-1 and type- 2 diabetes. In present times we know of six types of diabetes. Diabetes is associated with the body’s inability to digest sugar and maintain normal blood sugar levels. Sugar is metabolized in the body by its own hormone insulin produced by the pancreas. The insulin produced by the pancreas flows into the liver and is stored there for future use. Problems with sugar metabolism can arise due to the body’s inability of interacting with insulin, absence of insulin, and insufficient production and processing of insulin. A diseased liver or pancreas can be the underlying cause of insulin problems in the body. If you are diabetic due to diseased liver or pancreas then it makes all sense to give up even on the little alcohol you may be consuming. Not only alcohol but you may have to also abstain from certain foods that weaken the liver or pancreas and follow a strict diet regimen.

Alcohol is an intoxicant produced by fermenting yeasts and sugars. Its chemical name is ethanol. Apart from providing pleasantness of mood, ethanol does not have any other nutritionally relevant intake value. As per prescriptions of Dietary Guidelines of America (DGA) adult men and women who choose to intake alcohol must limit to two and one drink per day respectively. One standard drink of alcohol is around 13 grams of alcohol.

Diabetics who consume alcohol might try to restrict only to beer drinking assuming it to be light on alcohol. However, as per the DGA, it is the amount of alcohol consumed and not the type of drink consumed that is of significance. Beer constitutes water, malted barley, hops extract, and glucose syrup. If you are a diabetic ensure you get glucose syrup-free beer variety.

For diabetics, it is also important to know the sugar and calorie content of their drinks. Know the beer facts that can help you choose your best drink:

Erin Steven is a leading dietitian for a group of dietitian practice (Essence Nutrition) in Florida. In addition to a BA from the University of Florida, she holds a Master of dietetics and nutrition at Florida International University. She loves to help people and society. She has conducted various seminars and classes showing her interest to reach out and help a vast audience.