Burning legs syndrome can be accompanied by other symptoms; however, if the main sensation is burning, then it can indicate an inflammation condition. The important matter to take note of is whether the burning is felt predominantly in the leg or in other parts of the body as well.

Legs can burn due to kidney disease when fluids don’t filter out properly and there is fluid buildup in the ankles, legs or feet. Some serious conditions like peripheral neuropathy, restless leg syndrome can cause leg-burning, although that will mostly not be the only symptom. A clot in the leg can be very painful and there can be a burning sensation also. 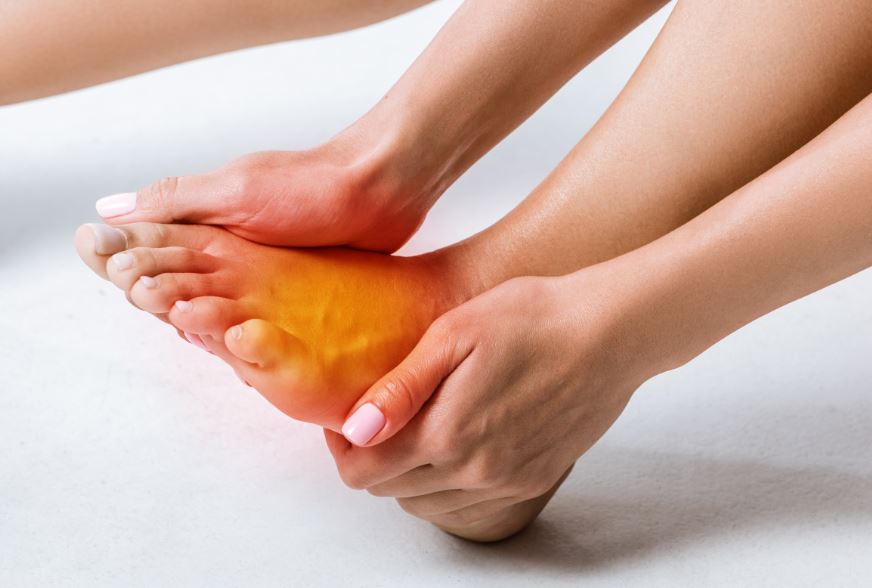 Causes of burning legs can be:

Walking, running and cycling for long hours can strain the leg muscles, blood vessels and nerves. There can be an inner injury due to excessive strain as a response to which immense pain or burning can be reported. If the leg starts burning or paining in the midst of any activity, it is best to stop at once and take note. An ice pack can be applied over the part which pains and burns. It is important to rest the affected leg using a walking aid and visit the doctor as soon as possible.

Sometimes the flow of blood can get blocked in the leg veins due to remaining in one posture for very long. Blood flow blockage in the leg is also possible due to the wrong posture. When the blood is not able to move freely through the leg veins, pain and burning sensations can be reported. Whenever pain or burning position is felt in the leg in sitting or standing posture, it is important to change position. Blood flow can be restored in the affected part of the leg by applying a hot or cold compress and systematic leg movements. Do not jerk, make abrupt leg movements or suddenly start running or jogging.

People at desk jobs who face leg-burning or pain sensations should frequently take breaks for a brisk walk or exercise. If the sensation is not occurring elsewhere and there are no other symptoms, then possibly the matter is not very serious. To improve blood flow in the legs, a small stool may be used to rest the legs and keep them in an uplifted position while working at the desk.

Leg nerves can get damaged due to strain or existing chronic illnesses that affect the peripheral neuro pathways. Damage to leg nerves can be minor, in which case the symptoms may die out soon once treatment is started. Nerves in the legs can get severely affected in case of the existence of certain neurological illnesses and disorders, restless leg syndrome and other nerve conditions. In the case of severe illness, burning leg syndrome does not generally occur singly; other symptoms also arise. However, a burning sensation in the leg can be among the primary symptoms which can indicate an underlying severe condition.

Some illness conditions or infections can activate the inflammation pathways. Overactivation of the inflammation pathways that pass through the legs can sometimes lead to symptoms like burning legs and pain. Chronic inflammation condition can be vastly damaging and it is best to seek medical advice as soon as any symptoms are reported. Many people may resort to OTC anti-inflammatory pills to relieve pain and anxiety, but that should be avoided. In illness condition, especially among the aged and weak anti-inflammatory drug can show side effects like kidney inflammation.

Severe illnesses are known to cause peripheral nerve damage and inflammation in parts of the body. Uncontrolled diabetes can cause diabetic neuropathy that affects the peripheral nerves system passing through the legs. Chronic and acute kidney disease can also cause inflammation to body parts include the legs. UTI diseases cause a burning sensation in the lower abdomen and, in some cases, parts of the leg if urine outflow is affected. Deficiencies of essential nutrients like iron are also known to cause leg burning sensation.

Leg burning sensation is a symptom and not a disease in itself. If mild symptoms of leg-burning occur as an isolated symptom, then the chronic or severe cause may be ruled out. However, the onset of certain disease conditions may cause preliminary symptoms, including leg burning. The diagnosis of symptom is made after taking into consideration the patient medical history. MRI or ultrasound of the leg may be called for to confirm the diagnosis.