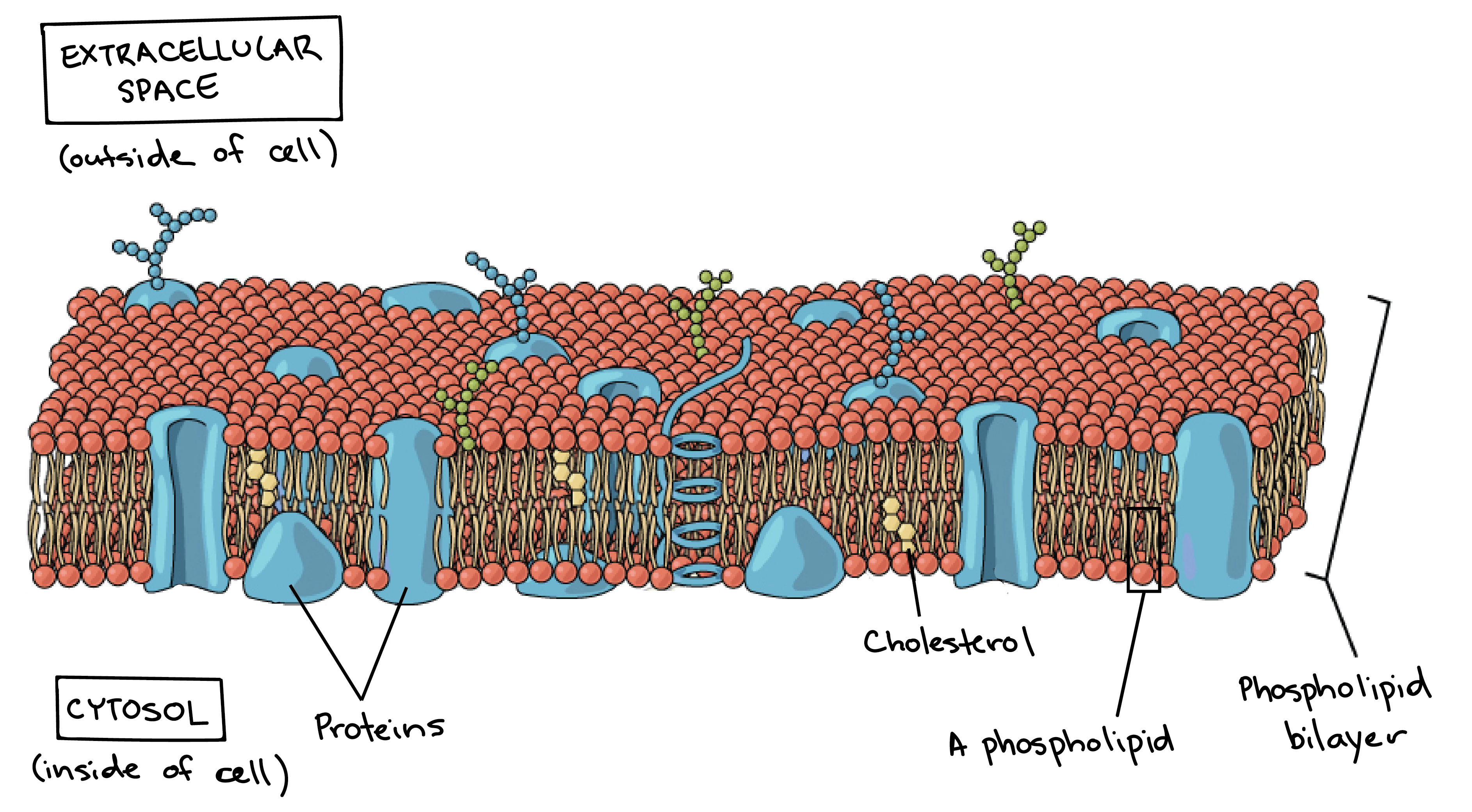 The cell takes up only so much cholesterol as is required by it to make the cell membrane and carry out intercellular functions. The extra cellulose molecules are not excreted by the body as are water soluble vitamins. They deposit as fat molecules around the cells and make the cells appear fatter than normal. Fatty cells collectively make up fatty tissues. Only when the fats are called up by the liver through activation of reverse transfer pathways they get used up as bile and can be excreted via fecal route.

Cholesterol functions in the cell membrane

The cholesterol in the cell membrane achieve the following functions

It is due to the presence of cholesterol molecules that cells get their structure. Cells with well-defined cell membranes exhibit distinct existence from surrounding cells. The presence of HDL in cell membranes accords them the required transmission capabilities to achieve balanced cell nutrition.

An efficient cell membrane allows for the efficient conduct of intercellular processes with the cells. Within the cell, the cell organelles release chemicals and absorb molecules to synthesize and break down substances. A cell membrane of appropriate structure maintains boundaries and does not rupture untimely.

HDL from cell membrane serves as vehicles for the reverse transfer of LDL to the liver where they get converted to bile. Thus HDL helps maintain the correct cholesterol balance and reduce excess LDL in the body.